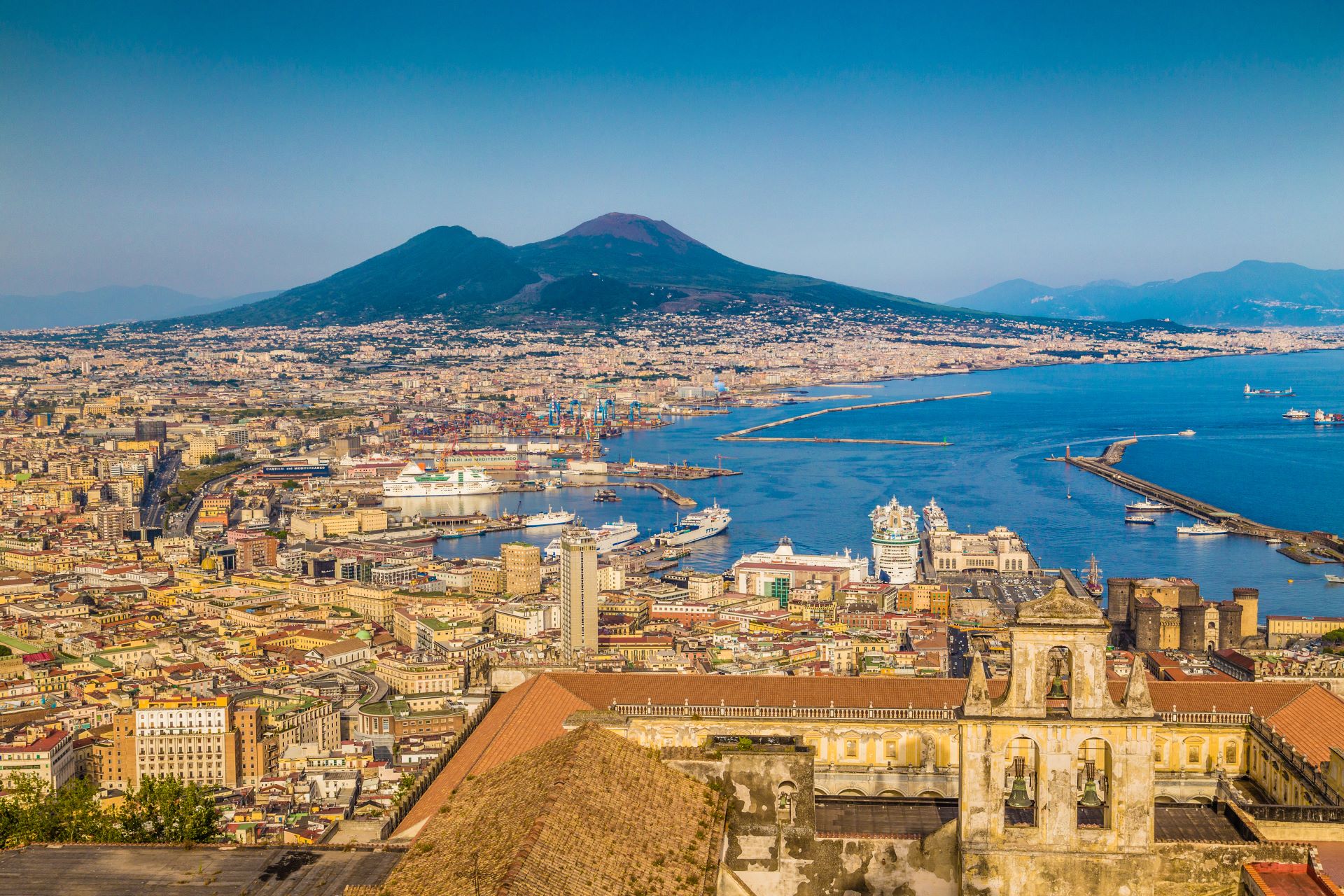 The city of Naples is located in the Campania region on the Western Coast of Southern Italy. The city of Naples is situated on the Bay of Naples and is the third largest city in Italy, after Rome and Milan. The largest  city in southern Italy, Naples offers a little something for everyone. From its world-class monuments and archaeological treasures, to Italy’s best pizza and electrifying street life. After you find out where Naples is  and how to get there, we can start the adventure and walk you through the beautiful City of Naples or La bella Napoli.

How to get to Naples

Naples Airport is a popular airport in Italy, close to Naples, Pompeii, Sorrento and Capri. Also, Mount Vesuvius is nearby. Naples airport is well connected with major cities  such as  Paris, Rome, Milan, Frankfurt and London.

If you are looking for a ferry option, Naples is a large ferry port and accepts ships from all over the western coast of Italy.Naples is well connected to the rest of Italy and many parts of Europe by train too. Rome is under two hours away by high-speed rail, and Naples serves as the rail hub for southern Italy.

Over the centuries, especially during the Renaissance and Enlightenment eras, Naples has been a major cultural center and its rich historic architecture doesn’t hide that. It’s often called an open-air museum, due to many historic monuments and archaeological sites, including the Roman ruins of Pompeii in the immediate vicinity. Naples has played an integral role in the history and development of Italy for centuries and is one of the most important ports in the Mediterranean.

A journey through Naples

First stop is the coffee. Before you even start your journey in Naples, take a shot of strong espresso. Even though all of Italy is known for its great coffee, the best one served in Naples. Find a patisserie that serves “sfogliatella” and try this shell-shaped filled Italian pastry, originally from the region of Campania and begin your adventure.

To understand Naples is to understand and experience its beautiful churches that tell the story of the city. The best place to begin is at the Cathedral of Santa Maria Assunta, called the Duomo, also known as the Duomo of San Gennaro, the patron saint and protector of Naples. The cathedral is one of many religious sights to visit in this vibrant city on the Bay of Naples which is indicated in Italian that it’s the most important church in the city.

Cathedral of Naples dedicated to Our Lady of the Assumption. The church was originally built in Gothic style, but was reconstructed and renovated in other architectural styles over the centuries. The church keeps the blood of Naples Patron Saint, San Gennaro. It’s kept in a little flask that’s supposed to liquefy twice a year in front of the crowd. The spectacle is called the Miracle of San Gennaro.

At the heart of the city is the Centro Storico, the historic center. Start in the Piazza del Gesù Nuovo to discover two of the most important buildings in Naples; the Basilica di Santa Chiara and the oddly spiky Chiesa del Gesù Nuovo – a 15th century palace converted into a 16th century church.

From there, work your way along the Spaccanapoli the straight and narrow main street that traverses the old, historic center of the city. The name is a popular usage and means, literally, “Naples splitter”.

Discover the small shops, cafes and churches dotted along its side streets. In Via Toledo don’t miss your stop for gelato or street food, the tastes of which are incredibly  delicious. While you discovering Via Toledo, don’t forget to check out the unique Toledo Metro station in the heart of Spanish district (Quartiere Spagnolo). According to CNN is the most beautiful metro stop in Europe.

Rising above the busy Piazza Trieste and Trento, the Galleria Umberto I in Naples is one of the finest examples of 19th-century architecture in Italy. This grand shopping center was constructed from 1887 to 1890, and was design in many ways after Milan’s famous Galleria Vittorio Emanuele II. Named after the King of Italy, the Galleria Umberto I was one of the many important architectural works constructed during the period of urban renewal in Naples that took place in the late 19th century.

At the exit of Galleria Umberto I, you will find yourself in front of one of the most important opera houses in Europe: the Teatro San Carlo. It was founded by the first Bourbon king, Carlo VII, in 1737, some 41 years before La Scala and 55 years before Venice’s La Fenice. At that time, Naples was at the cutting edge of the music world in Europe. Despite a devastating fire in the 1800s and being bombed in World War II, the theater survived. The opera season runs from January to December. For those unable to take in a performance, guided tours are available.

Take another few steps to find yourself in front of one of the most beautiful squares in the city: Piazza del Plebiscito. From this square you can admire on one side the magnificent colonnade of the church of San Francesco and on the other side the Royal Palace.

Naples is the city of seven castles, but we will introduce you just two, the most important to visit.

Castel Nuovo: Overlooks Piazza Municipio. It has a trapezoidal layout and includes four stone towers and one tuff tower. Its construction began in 1279, upon Carlo I D’Angiò’s request. This was the time when the capital of the kingdom was moved from Palermo to Naples. Following renovation works ordered by Alfonso of Aragon, the castle-palace became a modern fortress and has kept its appearance to this day.

Castel Ovo: With a structure dating back to Roman times, this is the oldest castle of the city which dates back to the second half of the XII century. Its name is linked to the legend of the magic egg which originated in the Middle Ages. This egg is capable of protecting the city and its people from disaster or danger. Virgil is supposed to have hidden it in some secret place in the castle, preserved in a glass jar placed inside a metal cage…

The Castel Nuovo and Ovo Castel stand guard over the city. Both dating back hundreds of years, these imposing structures protected Naples from invasion from the sea.

Amongst the many museums and galleries in Naples is The National Archaeological Museum and it is one of the oldest and most important museums in the world. The museum consists of three main sections: the Pompeian collections, the Farnese collection and the Egyptian collection. The Egyptian collection is considered the most important and extensive collection of Egyptian antiquities after those of the Egyptian Museum in Cairo and the Egyptian Museum in Turin. To complete the archaeological tour, a new section called Stazione Neapolis has been opened in the Museo underground, below the museum where it is possible to see some of the finds discovered during the excavations of the underground railway network in Naples.

It might seem hard to believe, but the city of Naples stands above ancient tunnels, aqueducts and the other Roman ruins that most people don’t know about. Recent discoveries have created a perfect way to see Naples underground and literally  step into the past.. From Roman forums to Roman markets, you can witness centuries of civilization, all underneath the existing city of Naples. Prepare yourself to feel full of imagination and mystery.

Pizza Napoletana is well known as the best pizza in the world. It was invented in Naples (of course) in the late 1800s. While good pizza is becoming easier and easier to find all over the world, Naples is still the birthplace, renowned for its distinctive style. Wherever you are in the city, you’re never far from an oven and the delicious aroma of freshly baked thin-crust pizza. If you want the world’s best, according to many locals, then you’re in the right place. The Neapolitan pizza we know today is believed to be the creation of baker Raffaele Esposito. In 1889, Savoy’s King Umberto I and Queen Margherita visited Naples and Esposito welcomed them by baking a pizza with red tomatoes, white mozzarella, and green basil to showcase the colors of the flag and the region’s finest flavors.

This pie, called “Margherita pizza”, still remains the most frequently ordered version of the Neapolitan pie. People usually eat it folded in four, called “a portafoglio” which means “folded as a wallet”.

Speaking of mozzarella, did you know that Buffalo mozzarella is coming from Campania?

If you are too overwhelmed with the beauty of the city and are now looking for some unusual things to do in Naples, this is your thing. Naples produces a great range of quality wines. Hit any of the vineyards on the slope of Mt. Vesuvius. Experience how local wine is made right from the presses to the barrel room where it is aged. You will fall in love with this divine beverage as you taste some varieties of wines such as the famous Lacryma Christi, Taurasi Red or Fiano di Avellino white. Have you ever tried to pair pizza and wine? Try it in Naples.

If you have an extra day?

You can also devote an entire day trip to Mount Vesuvius and Pompeii. This is the most-visited archaeological site in the world, due to its many and well-preserved ruins, left behind by a city buried in Vesuvius’s wake in the year 79 A.D. The ancient site was added to the UNESCO World Heritage List in 1997, an excellent repository of details on daily life during antiquity.

This ancient Roman city was completely destroyed when the nearby volcano erupted, but this calamity has also preserved it in an incredible state and you can clearly see how ancient Romans lived. The amphitheater in Pompeii is the oldest of its kind that is still able to be visited today. Like the Colosseum in Rome, this was where the residents of the city held their gladiator games and circus performances which were two of the most popular forms of entertainment back in those times.

The volcano, Mount Vesuvius, can also be seen up close – climb all the way up for a spectacular view. The visit to Pompeii will require some walking uphill and some steps. Make sure to wear sturdy shoes because the surface is very rough from lava pebbles. If you are not willing to take the entire walk, there are many cafés and souvenir shops right outside the entrance of the trail.

The usage of the “suspended coffee” started during the Second World War, when, in very hard times, people used to pay for two cups of coffee: one for themselves and the other for someone who couldn’t afford it. To the question: “Would you like a cup of coffee, sir?” people used to answer with joy and happiness, also asking themselves when they entered for a cup of coffee to give back. 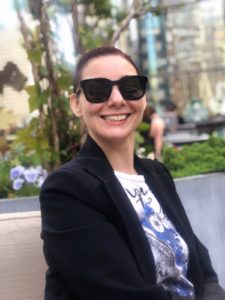 I hope that you enjoyed this insight into Naples and that you get inspired to learn more or see for yourself! If you enjoyed this blog post, share it with a friend and if you are interested in learning more about traveling to this city or any other region in Italy, please contact us for more information.

Stay tuned for more blogs about other regions in Italy and be sure to click the link below for an example of tours we offer in the Campania region. 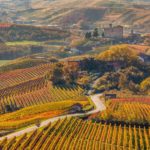 Piedmont, the best region to experience in the fall Previous 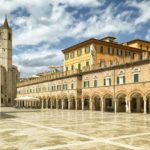